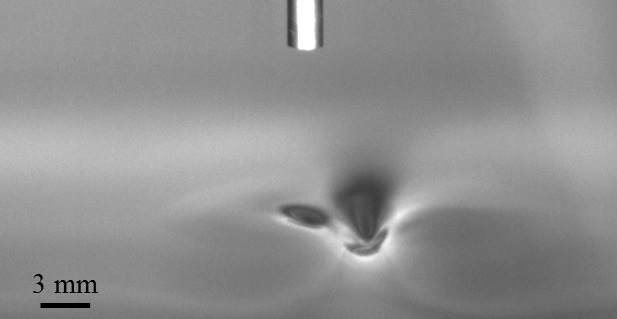 When an underwater bubble is generated close to a free surface, the resultant surface wave shows an overall rising jet-like behaviour. During this event, the initial spherical bubble expands, collapses and evolves into a non-spherical bubble (a dented sphere, a hemisphere, a spherical frustum or a toroid), migrating downwards away from the free surface; some parts of the bubble are disintegrated and are left behind. The overall behaviour of the bubble and the surface wave altogether can be understood in the context of the action-reaction momentum principle. We study on jet-like surface waves generated by an electric-spark-generated underwater bubble. 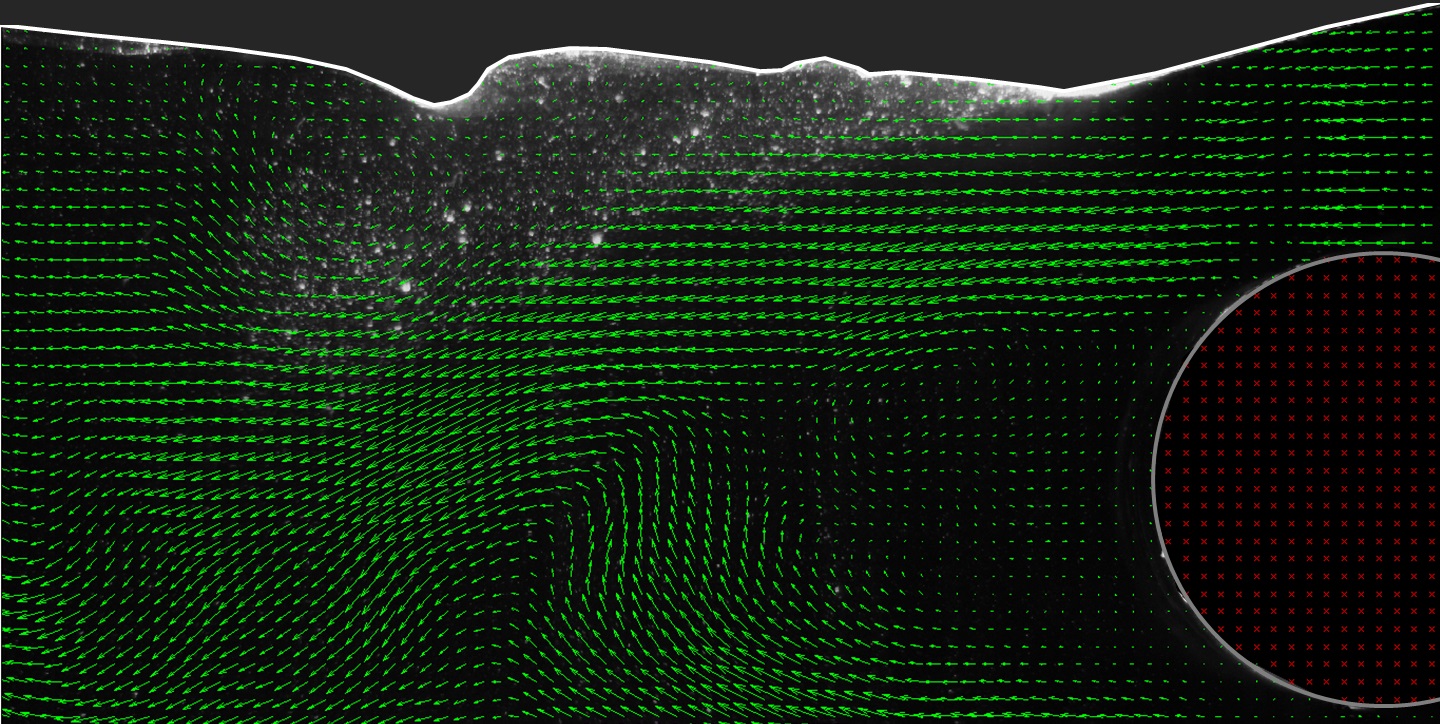 When a fully submerged horizontal circular cylinder close to a free surface moves horizontally below the free surface, concurrent vortex-shedding and surface-wave phenomena are observed. Associated with the vortex shedding, various surface-wave phenomena are observed; small-amplitude waves, surging breaking waves, collapsing breaking waves and straight-streamline jet-like flows over the upper surface of the cylinder etc. We study on the fluid mechanics around a circular cylinder close to a free surface.